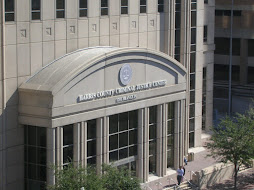 A conviction for indecent exposure in Houston can lead to serious consequences and repercussions. Under Texas laws, an indecent exposure offense is generally considered a misdemeanor offense which can result in a criminal record. If that happens, it will appear on background checks for jobs, educational opportunities and even housing applications. Furthermore, this crime can lead to jail time, fines, and a possible requirement to register as a sex offender.
Keep in mind that indecent exposure charges do not necessarily have to result in a conviction. The prosecutor must prove beyond a reasonable doubt that you committed every element of the offense. With reputable criminal trial attorneys, this can be a very difficult burden to meet, and if the jury has any doubt, you could be found not guilty at trial, or the prosecutor could dismiss the charges prior to trial. Therefore, it is in your best interest to consult with reputable Houston criminal defense attorneys to assist you to develop your best legal strategy for your particular situation.

If you have been charged with indecent exposure in Houston, or any of the surrounding areas in Texas, including Spring, Cypress, Jersey Village, Humble, Katy, Sugar Land, Pasadena or Deer Park, contact James G. Sullivan and Associates.
James Sullivan is knowledgeable in all areas of Texas’ sex crime laws and will make every effort to fight the allegations against you. Call James Sullivan at (281) 546-6428 about your alleged indecent exposure offense.

According to Texas Penal Code § 21.08, a person can be charged with indecent exposure if they expose any part of their genitals or anus with the intent to arouse or gratify the sexual desire of any person, and are reckless about whether another person is present who would be offended or alarmed by the act.
According to Texas law, a person acts recklessly if they commit some act, and they are aware the conduct can cause the result of their actions or conduct, but consciously disregard the possibility the result will occur.
Some of the most common examples of indecent exposure in Houston include:
However, a mother breastfeeding her child or baby in public is not considered indecent exposure for criminal purposes.

Contact Attorney James Sullivan today for a consultation about your indecent exposure charges in Harris County, Texas. James Sullivan is an aggressive Houston criminal defense attorney who will make every effort to get you the best result in your case.
Contact James G. Sullivan and Associates at (281) 546-6428 for a free and confidential consultation about your alleged indecent exposure charge throughout Harris County and the surrounding counties of Montgomery County and Fort Bend County.
James Sullivan graduated from Gerry Spence’s Trial Lawyers College, the most selective and prestigious trial advocacy program in America. Sullivan has a proven record of defending people from all walks of life, faiths and countries in courts throughout Texas. This is one of his many client reviews on AVVO:

I hired James Sullivan to represent my 17 year old grandson who was charged with public lewdness after he and his girlfriend were caught fooling around at their high school. I could not be happier with the result. Sullivan persuaded the prosecutor to dismiss the case in exchange for my grandson taking a decision making class and performing 6 hours of community service. Sullivan is extremely efficient and professional. We only had to go to court twice. Sullivan was responsive to my phone calls and emails and always available to answer questions. I would recommend him to any of my family or friends that might need the services of a criminal or juvenile defense attorney.
~Posted by Debbie on May 24, 2018

Posted by James Sullivan at 4:16 PM