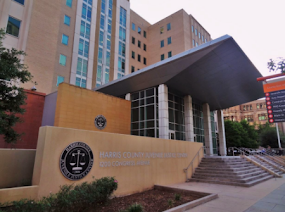 Houston Juvenile Sex Offense Defense Lawyer James Sullivan is Board Certified in Juvenile Law.  He is a recognized expert in Juvenile Law and has been defending juveniles and adults since 1994.


As parents, we know that children are naturally curious about their sexuality. In these modern times, children are reaching the onset of puberty at a younger and younger age (girls as young as nine and boys as young as ten). Their curiosity leads to natural experimentation. Unfortunately, such experimentation sometimes conflicts with state laws, and children as young as ten can be arrested and charged with serious felony offenses such as aggravated sexual assault of a child, sexual assault or indecency with a child.

Juvenile sex crimes, of course, can stem from other reasons. Children can be influenced to act out when they have been exposed to pornography or live sex. They will mimic the sexual behavior they have seen. And, of course, children who have been sexually abused will act out on those behaviors–sometimes years later. In such cases, it is very common that the child was abused at a young age by an older cousin, a babysitter, a coach or other such person close to the child. This prior abuse does not excuse the child’s actions, but it is definitely mitigating. Without counseling and intervention, the child is likely to re-offend. If the child later re-offends as an adult, he could face a life sentence in prison.

Houston Juvenile Sex Crime Attorney James Sullivan can help you and your child get through this difficult ordeal with dignity, empathy and compassion. He is sensitive to the emotional and psychological needs of children. He has  represented a number of juvenile boys and girls who themselves had been victimized at a young age and had not reported it to their parents or to the authorities. In fact, it was only through his sensitive, patient and thought-provoking conversation with the child that he was able to draw out the prior abuse.

Attorney James Sullivan will work hard to persuade the State to non-suit (dismiss) your child’s case, to obtain an acquittal (not guilty) at trial or as a last result to negotiate a reasonable plea bargain.  From the outset, he will work to have your child released from the detention center and then work toward keeping him or her at home and from having to register as a sex offender.  In fact, not one of his juvenile clients has had to register as a sex offender.  Such registration can be devastating to a child’s development and to his or her future.

Texas Juvenile Sex Crime Attorney James Sullivan is an expert in the field of juvenile law and has successfully represented juveniles charged with sex offenses and other felony and misdemeanor offenses in Houston and throughout southeast Texas. He has a proven track record in juvenile sex offense representation and is truly concerned about the many juveniles who do not have competent legal representation.

Instead of the severe consequences of a transfer to adult court or determinate sentence, the State can proceed with an indeterminate sentence.  In such a case, the juvenile could petition the court to seal his record at age 19 so long as he is not currently having to register as a sex offender.  Also, the juvenile could receive probation until age 18.  As a condition of probation, he could be placed outside his home for sex offender counseling and treatment.  He could also be sent to TJJD where he could be held until age 19.  In most of his negotiated cases, Jim Sullivan has been able to reach an agreement with the State wherein his client receives an indeterminate sentence probation at home for two years, which is the minimum statutory required length of probation for a felony sex offense.

If you need a juvenile defense attorney, call James Sullivan at 281-546-6428. He can help you and he wants to hear from you.

Posted by James Sullivan at 9:24 PM